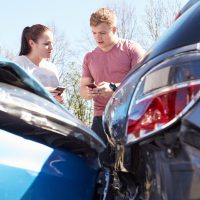 About one in every four motor vehicle accidents that results in the death of a child, teen, or young adult involves a drunk driver. In order to determine how to curb the high rate of death in drunk driving accidents for teens in particular, one researcher looked at whether laws restricting both teen drinking and teen driving had an influence on teen fatality rates. He found that these laws had a direct and substantial impact on the number of teens dying on the road.

Boston University School of Medicine researcher Dr. Scott Hadland has long been studying teen alcohol use and the dangerous effects it has. His team conducted a study which sought to determine the effects of laws on drunk driving fatalities. Specifically, the study looked at what effect, if any, a state’s laws restricting alcohol sale and use, as well as those imposing restrictions on teen driving, had on the rate of teenager fatalities in drunk driving accidents.

The study analyzed fatal motor vehicle accidents occurring between 2000 and 2013 where at least one driver had a blood alcohol level of .08% or more. During that time, there were 23,757 fatalities of persons aged 20 or younger in accidents involving alcohol. The researchers then assigned a score to each state, between 1 and 100, based on the restrictions imposed on teen drinking and driving. For example, a state would receive more points for having a law that limited who could be in the car with teens when they drove, as well as for laws restricting when teens could drive, when alcohol could be sold, or how liquor was advertised. Researchers then compared individual states’ fatality rates with the state’s restrictiveness score.

The study found that the restrictiveness of a state’s laws had a very direct impact on teen fatalities. In fact, for every 10 points in a state’s restrictiveness score, that state experienced 9% lower odds of teen fatalities. Dr. Hadland noted that laws restricting when teens can drive can have a particularly large impact on teen fatalities. Hadland explained that the “vast majority of young people who die in alcohol-related crashes are killed on Friday and Saturday evenings.” He added, “Parents might consider limiting the extent to which young people drive during late hours on weekends.”

If you or someone you love has been injured in a motor vehicle accident in Southern California, contact the Antelope Valley car accident attorney Paul Kistler for a free consultation, in Palmdale at 661-206-6990.