How to Avoid Being Hit by a Drunk Driver 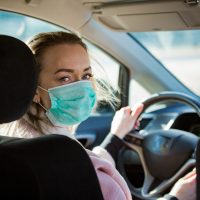 Drunk driving remains one of the biggest dangers on the roads in California and across the country. Harsh punishments for DUIs and punitive damages in civil cases can only go so far to deter drivers from getting behind the wheel while intoxicated. People will drive drunk, and other responsible drivers must act accordingly. To best protect yourself and your family, there are steps you can take to reduce your chances of being hit by a drunk driver. Continue reading for tips on how to protect against drunk driving, and call a seasoned Lancaster car accident lawyer if you or a loved one has been hurt in a drunk driving crash in the Antelope Valley.

Most drinking, and thus most drunk driving, happens after sundown. You can limit your exposure to drunk drivers by limiting the time you spend on the road after 8:00 PM.

Some American holidays lead to massive upticks in the number of intoxicated drivers on the road, even during the daytime. Do your best to stay off the roads on St. Patrick’s Day, New Year’s Eve, Super Bowl Sunday, Thanksgiving, the Fourth of July, and Mardis Gras. The entire month of December, and, in particular, from Christmas Eve through January 3, sees more drunk driving on average than the rest of the year, so be especially vigilant during that period.

Keep your head on a swivel

When you are on the road, you should assume that everyone around you might be a reckless or intoxicated driver. Check your mirrors and blind spots regularly, and keep an eye on other cars around you. Watch out for swerving, drifting, unsignaled lane changes and turns, sudden starts and stops, and other erratic behavior.

Keep to the right

The more distance you can safely keep between yourself and other cars, the better. Especially when you are driving at night or on rural roads, keep to the right side as oncoming traffic approaches. If an intoxicated driver swerves into your lane, you will have more time and space to avoid a crash.

It is much easier to make a last-second adjustment if you have some space between your car and the car in front of you. Do not tailgate. It is important to have sufficient time to stop or swerve should the driver in front of you make a sudden move.

If you do see anyone driving erratically, especially at night, call the authorities. Getting drunk drivers off the road makes everyone safer, including those drivers themselves.

If you or a loved one has been injured or killed by a drunk driver in Los Angeles or the Antelope Valley, talk to a passionate and trial-ready Lancaster car accident injury attorney about pursuing a claim for damages by calling the Kistler Law Firm at 661-206-6990.