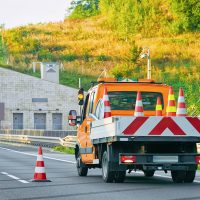 California prides itself as a worker-friendly state and has worked to pass more stringent protections for employees in recent years, including enhanced safety regulations. Regardless, the rate of serious workplace injuries and fatalities has remained constant. A maintenance worker from Palmdale recently suffered a tragic industrial accident while on the job in the San Fernando Valley, becoming one of the hundreds of Californians killed on the job each year. Continue reading for details about the accident, and contact a seasoned Palmdale personal injury attorney if you or a loved one has been injured or killed on the job in the Antelope Valley.

A 38-year-old maintenance worker from Palmdale was killed on a recent Friday afternoon in an apparent industrial accident. Authorities found his body lying next to a City of Los Angeles Bureau of Street Services flatbed truck that was primarily carrying traffic cones. Officials report that at around 3:25 p.m. in the 5900 block of North Tujunga Avenue in North Hollywood, the Palmdale man fell from the city truck while on the job and struck his head on the ground. The worker was killed on the spot. Investigators from the Los Angeles Police Department and the California Division of Occupational Safety and Health are investigating the accident but have yet to release further details on how the accident occurred.

According to data from the California Department of Industrial Relations, California’s workplace fatality rate has remained relatively stable over the past decade. 376 Californians were killed on the job in 2017, equal to the number of fatalities in 2016. These figures represent a slight decline from the 388 fatal workplace injuries in 2015 and the 396 in 2013, although there were only 344 in 2014. Notably, over a third (37%) of California workplace deaths in 2017 occurred in transportation-related incidents.

The North Hollywood accident described above is one part of a continuing issue in workplace transportation, and California employees and their families deserve zealous protection and full compensation for any injuries or death they suffer while on the job. A dedicated personal injury attorney can help ensure that your workers’ compensation insurance adequately covers your loss and, where further action is needed, that the appropriate parties are held accountable.

Get Serious Legal Help after a Palmdale Workplace Accident

If you have been hurt in an Antelope Valley industrial transportation accident or other workplace incident, contact a skilled and dedicated Palmdale personal injury attorney about pursuing a claim for damages by calling the Kistler Law Firm at 661-206-6990 for a free consultation.