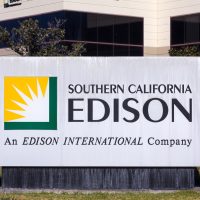 A restaurant owner in Orange County recently filed a personal injury lawsuit against Southern California Edison after the explosion of an underground transformer nearly killed the owner and his family. Continue reading to learn about the explosion and the resulting lawsuit. If you’ve been injured due to a defective product or the negligent maintenance of another party anywhere in the Antelope Valley, reach out to a dedicated Lancaster product liability lawyer for advice and representation.

According to a lawsuit filed by a restaurateur in Orange County, defective equipment installed and maintained by Southern California Edison caused a nearly fatal accident to occur at his restaurant. In October of last year, an underground transformer exploded during a crowded Oktoberfest celebration, sending a fireball up through the patio of the restaurant. The restaurant owner bravely managed to clear the patio of any patrons shortly before the explosion tore through the restaurant, but the owner himself suffered the brunt of the explosion.

The plaintiff restaurant owner and his family suffered serious injuries as a result of the explosion. The blast caught the plaintiff on fire for an extended period. He suffered second and third-degree burns over half of his body, including his arms, hands, legs, trunk, and back. He has already had to undergo many in-depth skin graft procedures to repair and replace the damaged tissue, extending from his head to the bottom of his legs. Four of his family members also sustained injuries in the explosion.

According to the plaintiffs and their legal team, SoCal Edison knew that its underground equipment was failing as far back as 2010 but ignored the danger. The utility company failed to conduct even basic maintenance on the transformer bank. The plaintiff claims that he even specifically asked SoCal Edison to move the transformer in 2015, fearing that if another problem arose, a dangerous explosion could result. The complaint alleges that the explosion was entirely preventable, had SoCal Edison heeded the warnings and satisfied its maintenance duties. The plaintiffs are seeking significant damages for the property damage and injuries that resulted from the explosion and SoCal Edison’s negligence.

If someone else’s negligence caused injury to you or a loved one, talk to a seasoned and effective Lancaster personal injury attorney about pursuing a claim for damages by calling the Kistler Law Firm at 661-206-6990.