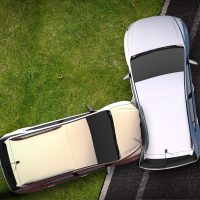 A serious traffic collision killed a young girl and injured several other people on a recent Tuesday night in the Antelope Valley.  Police suspect that alcohol was a contributing factor, raising the possibility of significant criminal and civil liability for the at-fault driver.  Read on for details about the crash, and contact a dedicated Palmdale car accident lawyer if you or a loved one has been injured by a drunk or otherwise reckless driver in the Antelope Valley.

A 61-year-old Palmdale man was driving a 2006 Nissan Xterra SUV eastbound on Avenue O in Lake Los Angeles on a recent Tuesday night.  At around 8:45 p.m., near the intersection with 165th Street East, the Xterra driver “allowed his vehicle to drift into the westbound lane of Avenue O,” according to a report from the California Highway Patrol.  After swerving into oncoming traffic, the SUV collided head-on with a Nissan Altima heading westbound at the time.  A Palmdale family, including a 26-year-old woman, a 27-year-old man, a 3-year-old boy, a 5-year-old girl, and a 1-year-old girl, were riding in the Altima at the time of the collision.

Four of the five occupants of the Altima were taken to an area hospital for treatment of moderate injuries.  Tragically, the young 5-year-old girl was fatally injured.  The 61-year-old Xterra driver was taken to a nearby hospital with major injuries.  The Palmdale man was also arrested after the crash, based on officials’ suspicion that he was driving under the influence of alcohol at the time of the crash.

If the police find conclusive evidence that the man was driving drunk at the time of the crash, he faces severe criminal charges, including vehicular manslaughter.  The Palmdale family can also bring a civil lawsuit for personal injury and wrongful death based on the accident.  If alcohol was involved, the family might have a claim for punitive damages based on the recklessness of the at-fault driver.  Driving under the influence is often strong evidence of unreasonable and dangerous behavior meriting punitive damages in a personal injury lawsuit.

Get Legal Help after a Serious Palmdale Traffic Accident

If you have been hurt in an Antelope Valley drunk driving accident or other car crash, contact a skilled and dedicated Lancaster personal injury attorney about pursuing a claim for damages by calling the Kistler Law Firm at 661-206-6990 for a free consultation.

Paul M. Kistler focuses his legal practice in the areas of personal injury law. Serving Lancaster, California and nearby cities in the Antelope Valley, he is a local attorney who truly knows his community and its people.