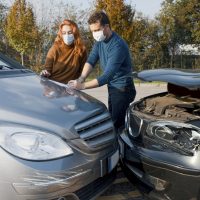 After you’ve been in a car accident, you know that you are supposed to determine who was at fault. You may have also heard the term “negligence.” How does negligence factor into determining fault? And doesn’t the term “accident” suggest that no one did anything wrong?
Continue reading for a discussion of the interplay between “accidents” and the legal concept of “negligence.” Call a dedicated Palmdale car accident lawyer if you or someone you care about has been hurt in a Southern California car crash in Los Angeles or the Antelope Valley.

What is an “Accident?”

When two cars collide unintentionally (or one car, or multiple cars, or a car and a tree, etc.), we call it a car “accident.” Normally we think of it as an “accident” so long as no one deliberately caused the wreck. Merriam-Webster defines an “accident” as “a sudden event (such as a crash) that is not planned or intended and that causes damage or injury” or as “an event that occurs by chance.”

What Does “Negligence” Mean?

The fact that there was an accident does not immediately imply anyone was or was not “negligent.” Negligence is a legal term referring to a particular state of mind. In the law, several different states of mind reflect different levels of culpability, including negligence, gross negligence, recklessness, and intentional or malicious behavior. In order to convict a killer for murder in California, for example, the prosecution would need to demonstrate that the criminal defendant intentionally (willfully and deliberately) killed the victim (if their plan was “premeditated,” it would be first-degree murder).

Proving negligence is a much lower burden to overcome, but it does require proving that the defendant did something wrong. Typically, negligence is defined as a deviation from the normal standard of care one would expect a reasonable person to employ in similar circumstances. (The California Civil Code refers to personal injury liability for failure to exercise “ordinary care or skill in the management of his or her property or person.”) To prove someone was at fault for a car accident, for example, the victim plaintiff does not need to show that the defendant intentionally caused the accident. Instead, the plaintiff need only show that the defendant did something that evidenced a lack of reasonable care toward other people–that they acted negligently–and that that negligence contributed to the accident.

In other cases, however, it’s not clear that anyone was negligent. If a bolt of lightning strikes a nearby tree, which suddenly and without warning collapses on one car, causing it to collide with another, we might call that an “act of God.” Act of God is another way of saying a true “accident”–meaning something that truly happened unexpectedly and unintentionally, even though everyone involved was exercising appropriate caution. In such a case, each injured party may be well and truly responsible for their own damages.

In reality, however, the vast majority of car crashes occur because someone along the line was at least negligent–whether it was one of the drivers, a pedestrian, an auto parts manufacturer, or even the city that designed the intersection. The job of a personal injury lawyer is to find out who was negligent and tie that negligence to the accident and resulting injuries.

If you or a loved one has been injured or killed in a car accident in Southern California, talk to a dedicated and thorough Palmdale traffic crash attorney about pursuing a claim for damages by calling the Kistler Law Firm at 661-206-6990.