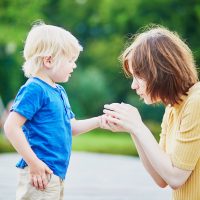 In the past couple of decades, schools, public officials, and property owners have taken measures to create safer playground environments for children. However, despite the apparent increase in attempted safety measures, health officials say that traumatic brain injuries resulting from playground accidents have actually risen significantly over the past 10 years. In a recent case, an 8-year-old boy fell from a jungle gym at a Burger King in Southern California, leading to a serious brain injury. The family sued, ultimately reaching a $20 million settlement. Continue reading for details about the Burger King settlement and the rise in playground injuries, and contact a seasoned Palmdale premises liability attorney with questions about possible Antelope Valley personal injury claims.

A few years ago a father brought his two children to a Burger King in Rancho Santa Margarita, California. His 8-year-old boy saw the colorful and fun outdoor playground at the restaurant and decided to play. The boy was climbing the horizontal support poles when he lost his grip, fell, and landed on his head on the hard tile floor below. The fall led to a serious brain injury, causing permanent physical and mental impairment. He now suffers from partial paralysis of one side as well as emotional and cognitive developmental issues.

The boy’s family sued both the Burger King franchise owner as well as the manufacturer and the distributor of the playground equipment. The family claimed the restaurant knew or should have known the equipment was dangerous as their child was not the first to be injured; another child had broken his arm while playing in the same area. They alleged the restaurant did not ensure that appropriate safety standards were in place. The restaurant countered that the father should have been supervising his son, that the child misused the equipment, and that the playground complied with national standards. One of the strongest points in favor of the plaintiffs came when surveillance footage showed children regularly being permitted to misuse the equipment in the same manner as the injured boy. Ultimately, the parties reached a $20 million dollar settlement, which the family stated will be used primarily for their enormous medical bills, including 24-hour care and ongoing rehabilitation therapies.

Another recent $20 million award resulted from a swing set collapsing on a 15-year-old boy in a playground managed by a homeowners association in Las Vegas. A 42-pound crossbar had corroded and ended up falling on the boy’s head, injuring him severely. The HOA had not conducted regular maintenance on the swing set, believing it was too new to warrant inspection or repair having been installed only three years earlier. The family sued and won $20 million after a jury trial, including $10 million in punitive damages.

Playground injuries are on the rise

A recent report from the U.S. Centers for Disease Controls (CDC) found that between 2001 and 2013, an average of 21,000 children under 14 were treated annually for traumatic brain injuries connected to playground injuries. And that number is on the rise: emergency rooms treated over 29,000 children in 2013 for playground injuries, a 60 percent increase over the 18,000 injured in 2001. Around 60 percent of those injured were boys, the majority between five and nine years old. The report cited monkey bars, jungle gyms and swing sets as the main culprits.

These figures are staggering for anyone who believed the dangers of hard concrete and sharp metal playground implements were a thing of the past. While the health experts acknowledge that safety precautions have improved, such as safer surfaces designed to prevent death or serious injuries from falls, these numbers prove that more improvements are needed and that parents should be on constant vigilance for injuries to their children. Parents should inspect any playground equipment their children use, including whether metal is rusted or old and whether the surfaces are soft. Parents should consider cautioning children away from dangerous equipment like overly high monkey bars on hard surfaces. Moreover, parents should be wary of children who report having suffered any falls or other accidents and make sure that any injury is appropriately inspected and treated.

If your child or other family member has been injured on a playground or other premises due to the dangerous nature of the location, talk to a skilled and passionate Antelope Valley personal injury attorney about pursuing a claim for damages by calling the Kistler Law Firm in Palmdale at 661-206-6990.