Even Devices Designed to Be Less Distracting are Dangerous 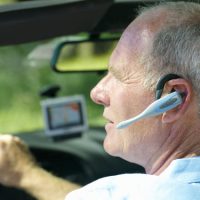 As laws banning the use of cell phones while driving have become ubiquitous—along with tragic stories of accidents caused by distracted driving—in-vehicle entertainment systems have become increasingly common in new vehicles. A team of university researchers sought to look at those systems and compare the degree to which they distracted their drivers, and the results show that even the safest available systems can have a lasting impact on a driver’s ability to safely navigate roadways.

The AAA Foundation for Traffic Safety, alongside the University of Utah, looked at both the impact of interacting with a voice-activated entertainment system on driver focus more generally, and also scored in-vehicle entertainment systems installed in ten popular vehicles’ 2015 models according to the degree to which they drew driver attention away from the road. The researchers created a scale, measuring how distracted drivers became when performing other tasks while driving. A driver focused on nothing but the road was assigned a score of 1, a driver listening to the radio earned a 1.2, and a driver memorizing a list of words while attempting to solve an arithmetic problem earned a score of 5, the highest score on the scale.

The study revealed that, of the ten in-vehicle entertainment systems tested, the Mazda 6 earned the highest score on the distraction scale—a 4.6. A Mazda spokesperson has expressed that the in-vehicle system in the Mazda 6 has been reengineered for model year 2016 to eliminate some of the problems with the interface that resulted in this score. The system that proved the least distracting was that of the Chevy Equinox, which was given a score of 2.6 in lab tests. No matter the system, however, the researchers found that drivers required an average of 27 seconds to return their focus to the road after issuing a voice command to their in-vehicle system. This would be enough time of distracted driving for the driver to cross the length of three football fields if traveling at 25 mph.

Research of this nature can prove useful in a lawsuit against a distracted driver whose inattention caused injury to another driver. The more widely-known it becomes that distracted driving brings about a dangerous lack of ability to pay attention to roadway hazards and fellow drivers, the more reckless it becomes for drivers to nevertheless text or email and drive, and the less sympathy such a reckless driver would receive from a jury of peers who share the road with such dangerous drivers.

If you’ve been hurt in an accident with a distracted driver in the Antelope Valley, contact experienced Palmdale personal injury and car accident attorney Paul Kistler for a consultation on your claims, at 661-206-6990.