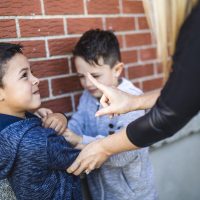 The family of a teenage girl bullied at Vasquez High has filed a lawsuit against the Acton-Agua Dulce School District for neglecting its duties to protect the girl’s safety and well-being by allowing her to be bullied. The family of Kimberly Coverdill, who was 13 at the time of the incidents, alleges that a campus security guard and a coach at the school became aware that another girl at the school had planned to engage in a physical altercation with Kimberly the day before it occurred but failed to notify Kimberly, her family, or school officials regarding the planned physical altercation. After the fight between the other girl and Kimberly occurred, her family alleges that her grade point average dropped precipitously, causing her to be kicked off the soccer team, and that she became the target of harassment by teachers and other students, eventually resulting in her dropping out of school and entering homeschooling three months after the initial physical altercation. The case is set to go to trial in Los Angeles Superior Court in Lancaster in January 2016.

The school district faced a similar lawsuit in 2009 after a 14-year old special needs student who had also attended Vazquez High committed suicide in a school bathroom after enduring bullying from other classmates for years. The father of Jeremiah Lasater filed a lawsuit against the school district for failing to take steps to protect his son, and the lawsuit was reportedly settled. Jeremiah’s father, Jeff Lasater, went on to start a non-profit organization dedicated to helping prevent teen bullying and provide resources to families of teens who face bullying.

While schools and school districts cannot completely prevent all instances of bullying, they do have a legal obligation to protect the safety and well being of their students. Furthermore, while bullying has always existed on some level in schools, school districts must take steps to make sure students are safe and to enforce their own policies on student behavior. Although it is not the case that all forms of bullying – which includes verbal and physical and/or sexual abuse – necessarily rise to the level of behavior that would form the basis of a successful lawsuit, state and federal courts have found that school districts can be liable for failing to address bullying and harassment in certain situations. For example, the US Supreme Court has held that plaintiffs may successfully sue school districts for damages when they are indifferent to sexual harassment of students to the point that it deprives the student of educational opportunities and benefits provided by the school.

Proving that a school district or other organization failed to properly protect a student from bullying can be a fact-intensive process requiring a robust investigation. Working with an experienced lawyer who will fight for your children’s rights in court can greatly increase your chances of proving that a school district should be liable for damages and encourage systemic changes to prevent other students from enduring the same traumatic experiences. If a family member has suffered the physical or emotional effects of bullying in an educational environment or elsewhere, you may be entitled to receive compensation for your family’s injuries. Contact the skilled Palmdale personal injury attorney Paul Kistler for a free consultation on your possible lawsuit at 661-206-6990.