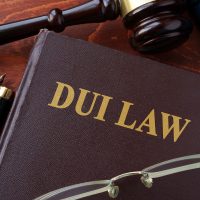 Driving Under the Influence (DUI) is a serious charge in California, and the consequences for a conviction – even for a first offense – can be quite harsh, involving expensive fines and exorbitant court costs, a driver’s license suspension, possible jail time, and other negative consequences. You may already know that, but did you know that under certain circumstances a DUI can be charged as a felony under California law? Not only can a felony DUI land you in California state prison for a year or more, but having a felony conviction on your criminal record can cause you to lose your job or professional license and have a host of other adverse effects on your personal and professional life far beyond the consequences of a misdemeanor conviction.

Fortunately, there are steps your attorney can take to try to get the charge reduced to a misdemeanor, or to defend you in other ways. If you find yourself facing a felony DUI, it is important to contact an experienced California DUI attorney right away to protect your rights and work toward the best outcome possible.

When Can a DUI be Charged as a Felony in California?

There are actually a number of different ways in which a DUI can be charged as a felony under California law. Here are the main ways:

In addition, if a death does result from a DUI-related accident, you could be charged with second degree murder and sentenced with 15 years to life in prison if convicted.

How an Attorney can Help

An offense such as drunk driving can be charged in a number of ways. The way an offense is charged lies with the discretion of the prosecutor, and a good defense attorney can often convince the prosecutor to charge an offense as a misdemeanor rather than a felony, based on the strengths and weaknesses of the case and other factors. There are also many ways to challenge the state’s evidence and the cause for the initial stop, so that it may be possible to have charges dismissed, to negotiate a favorable plea, or win an acquittal or not guilty verdict at trial. Attorney Paul Kistler is an experienced California criminal defense attorney who knows how to defend against DUI charges.

If you are being charged with felony DUI because an injury accident was involved, Paul Kistler is also an experienced personal injury attorney who knows how to investigate an accident and determine whether intoxication was actually a factor or not.

If you are arrested for felony DUI or any other drunk driving charge in Palmdale or anywhere in the Antelope Valley, call on attorney Paul Kistler for immediate help.