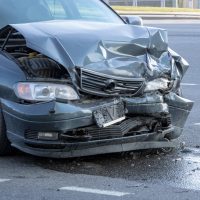 Hit-and-run accidents are a serious problem in California and across the country. California law requires drivers to stop after any traffic accident involving injury and take appropriate steps, including alerting the authorities, exchanging insurance information with anyone involved, and seeking emergency medical attention for anyone seriously injured. Fleeing the scene of an accident is both illegal and dangerous: Victims may get delayed medical care, causing their injuries to become worse and more likely to be fatal.

It is always satisfying when a hit-and-run driver gets caught and is forced to account for their actions. A suspected drunk driver was recently arrested after being involved in two back-to-back accidents, having fled the first and injuring multiple people. At least one person was killed in one of the wrecks. Read on for a discussion of the accidents and contact a dedicated Palmdale car accident lawyer if you or a loved one has been hurt in a hit-and-run or other traffic crash in the Antelope Valley.

A 65-year-old woman was walking her dog along the 7600 block of Pearblossom Highway in Little Rock at around 8 p.m. on a recent Thursday when she was suddenly struck by a vehicle. The driver had been heading westbound on the highway when he suddenly veered his vehicle to the right and onto the shoulder of the road, according to the California Highway Patrol, where he struck the victim. The woman was killed in the crash.

The 62-year-old Palmdale man driving the offending car chose not to stop and help the victim, instead fleeing the scene. Shortly thereafter, he was involved in a second crash in Palmdale on Avenue S at 25th Street East. The second crash involved multiple vehicles and injured at least seven people, two critically. All but one were taken to nearby hospitals for treatment.

Police took the Palmdale man into custody on suspicion of driving under the influence of alcohol. If he was indeed intoxicated, he might be facing serious criminal charges for both collisions and the death of the woman in Little Rock, as well as for fleeing the scene of the first crash. All injured parties will also likely have strong civil claims against the driver, regardless of what criminal charges may be filed.

The incident discussed here is, unfortunately, part of a larger problem across the State of California. California has more hit-and-run crashes than any other state in the country each year. In 2016, for example, there were 2,049 deaths across the country that resulted from hit-and-run accidents. Of those deaths, 337 occurred in California, well higher than the 233 and 206 for Texas and Florida, respectively. That number represented a 60-percent increase from 2009 and the highest number the state had ever seen. While California has the highest absolute number of hit-and-run crashes of any state, other states have a higher rate of hit-and-run collisions as compared to the state’s population; the three worst offenders are New Mexico, Louisiana, and Florida.

The most common victims of hit-and-run crashes are pedestrians and bicyclists. Pedestrians and bicyclists should take this problem to heart and be wary of crossing the street, especially without the protection of a crosswalk, but they should not be blamed for these crashes. If you or a loved one were hurt or killed in a hit-and-run crash, a seasoned California personal injury lawyer can help you investigate the cause and find the responsible party. You should not be left dealing with the fallout of someone else’s negligence, carelessness, and cowardice.

Call for Help after a Palmdale Hit-and-Run Accident

If you have been hurt in an Antelope Valley car crash, talk to a seasoned and effective Palmdale personal injury attorney about pursuing a claim for damages by calling the Kistler Law Firm at 661-206-6990 for a free consultation.