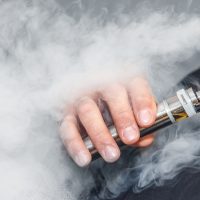 Juul Labs’ electronic cigarettes, or vaporizers, purport to offer a safer alternative to smoking traditional cigarettes. Several recent lawsuits allege that Juul products may be far more addictive and dangerous than they appear. Recent studies have shown that e-cigarettes expose users to many of the same dangers as regular cigarettes in addition to further risks not associated with traditional cigarettes, including conditions like “popcorn lung.” Learn about the allegations against Juul below, and contact a seasoned Lancaster product liability lawyer if you or a loved one has been hurt by the undisclosed risks of e-cigarettes or any other defective product.

Lawsuits claim vaping is addictive, has caused strokes, seizures and other problems

A 22-year-old Connecticut man recently filed a complaint against Juul in California Superior Court alleging that smoking Juul e-cigarettes caused him to suffer a massive hemorrhagic stroke in July 2017. The stroke led to more than 100 days in the hospital, three brain surgeries, a host of serious ailments including ongoing left-side paralysis, speech impairment, and a 50% loss of vision in both eyes.

The plaintiff claims that he became addicted to Juul products during his last year of high school and that his addiction resulted from Juul’s advertisements specifically targeting younger people who are unable to fully appreciate the risks of smoking. The lawsuit further alleges fraudulent concealment and intentional misrepresentation of the product’s risks. Juul e-cigarettes, according to the lawsuit, contain higher levels of nicotine than advertised, creating a high risk of addiction as well as causing the victim’s blood pressure to spike. These risks are not adequately disclosed on warning labels, according to the complaint.

The California lawsuit represents the most serious claim of medical harm against Juul to date, but it is only one of several claims that have recently been brought against Juul and other e-cigarette companies. Most of the claims involve plaintiffs who became hooked on Juul products as teenagers. A lawsuit in Florida filed this April, for example, claims that the plaintiffs’ 15-year-old daughter became addicted to Juul products and suffered seizures as a result of accidental ingestion of liquid nicotine. The lawsuits allege that the presence of nicotine is hidden or downplayed by Juul and that Juul uses sweet and fruity flavors to appeal to teens. The State of North Carolina, moreover, recently sued Juul and a handful of other e-cigarette manufacturers for intentionally promoting nicotine use among underage buyers despite knowing the associated risks.

The FDA has called e-cigarette usage among teens an “epidemic.” Juul Labs CEO Kevin Burns recently apologized for Juul use among teens, claiming that Juul products are “not intended for them.” Despite Juul’s clear efforts to target teens, Burns said he hopes “there was nothing we did that made it appealing to them.”

If you or a loved one has been hurt by a deceptively advertised or otherwise defective product in California, talk to a seasoned and dedicated Palmdale personal injury attorney about pursuing a claim for damages by calling the Kistler Law Firm at 661-206-6990.