Lancaster Drivers Ranked Safest in State, but only Average Nationwide 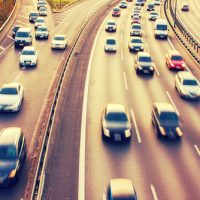 The Allstate Insurance Company recently released its America’s Best Drivers Report 2015, which ranks the safe driving practices of drivers in the 200 biggest cities in the country by population. Of the 43 California cities on the list, Lancaster was ranked as #1 in the state for having the safest drivers. Drivers in Lancaster averaged an accident once every 10.0 years, placing the city at 44 in the complete list of 200 cities. The top city in the country for safe drivers was Kansas City, Kansas, where drivers averaged an accident once every 13.3 years. The fourth safest city for driving in California was Palmdale, at 68 on the complete list with 9.2 years between accidents for the average driver.

What we can take from these statistics is that, while Lancaster and Palmdale drivers are on average among the safest in the state, accidents still do happen here relatively frequently, and much more frequently across the state. In the unfortunate circumstance that you do find yourself or someone you love in an auto accident, contact the skilled Palmdale personal injury attorney Paul Kistler for a free consultation on your claim at 661-206-6990.