What is Mitigation, and How Can It Affect Your PI Case in CA? 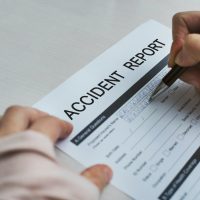 If you’ve been hurt in a car accident, slip and fall, or other incident caused by someone else’s negligence, you could be entitled to compensation. If you fail to take the proper steps after your incident, however, you might lose out on certain claims or damages. Injured parties must comply with certain legal duties and responsibilities after an accident to preserve and maximize the value of their claims. Plaintiffs who fail to adhere to those duties can lose out on damages–such as if a defendant argues that the plaintiff failed to “mitigate” their damages. Continue reading to learn about mitigation and how it can affect your personal injury case. Call a dedicated Palmdale personal injury lawyer after a Southern California car crash.

What Is the Duty to Mitigate?

Plaintiffs are required to take “reasonable steps” to mitigate their damages. That generally means using appropriate caution and care, following laws and rules designed to protect them, and being responsible with regard to recovery after the fact. Plaintiffs are expected to see a doctor and to follow a recommended course of treatment, for example. Injured plaintiffs cannot simply refuse to get help and then claim all damages that ultimately result.

Common Mistakes Leading to a Failure to Mitigate Defense

There are a few situations that commonly give rise to a failure to mitigate argument. Personal injury plaintiffs are expected to follow their doctor’s advice, sticking with a course of treatment and avoiding activities that might aggravate their injuries. If a plaintiff fails to get medical care, fails to follow the doctor’s course of treatment (medication, physical therapy, etc.), and/or engages in strenuous activities that could make their injuries worse, the defendant might argue the plaintiff failed to mitigate their damages.

By failing to attend physical therapy and continuing to play tennis, for example, the plaintiff caused their shoulder injury–sustained in the accident–to worsen, or at least to recover more slowly. The defendant argues that the damages should be reduced because the plaintiff is partly responsible for the severity of their injuries; had they followed the doctor’s orders, their injuries would now be less severe.

Mitigation might also arise if a plaintiff’s conduct before the accident caused their injuries to be worse than necessary. For example, drivers are required to wear seatbelts while in a moving vehicle. Seatbelts are designed to protect motorists from injury. Let’s say the plaintiff was not wearing their seatbelt when they were struck head-on by a negligent driver. The plaintiff was thrown through their windshield and severely injured as a result of the collision. The defendant driver might argue that the plaintiff’s failure to wear a seatbelt contributed to the plaintiff’s injuries; the plaintiff failed to mitigate their risk of serious harm by not following traffic safety guidelines. The defendant may seek to have the plaintiff’s damages reduced by an estimate of how much difference wearing a seatbelt may have made.

If you or someone you love has been injured or killed as a result of someone else’s negligence in Southern California, talk to a skilled and compassionate Palmdale personal injury attorney about pursuing a claim for damages. Call the Kistler Law Firm at 661-206-6990.