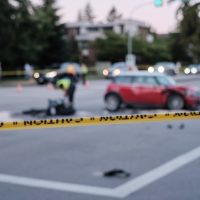 Thousands of Californians enjoy riding motorcycles. They can be a fun, cost-effective, and fuel-efficient means of transportation, and bikers in California enjoy advantages like being able to split the lanes of traffic to get out of jams and slowdowns. Motorcycles remain dangerous, however. Motorcycle riders are more than 28 times as likely to suffer a fatal crash as are passenger car drivers. A recent accident in Palmdale is another example of how any given motorcycle accident is much more likely to be fatal than a typical car crash. Read on for details about the accident, and call a dedicated Palmdale motorcycle accident lawyer if you or a loved one has been hurt in a motorcycle crash in the Antelope Valley.

A man was riding a Harley-Davidson motorcycle on a recent Sunday when he was struck head-on by a pickup truck in Palmdale. The collision occurred at around 1:15 p.m. on the Angeles Forest Highway. According to reports, the 55-year-old driver of a 2007 Ford F-150 from Littlerock was heading southbound on Angeles Forest Highway, south of Vincent View Road, when he approached the motorcycle. The bike was driven by a 53-year-old man from Sylmar, heading northbound on the highway.

The southbound truck suddenly veered to the left into the northbound lane of the highway. The truck struck the motorcycle head-on, sending both vehicles to the shoulder. The motorcycle rider died at the scene. The pickup truck driver was transported to Antelope Valley Hospital for treatment of minor injuries. The California Highway Patrol was investigating the cause of the crash, although they stated that alcohol and drugs were “not suspected to be a factor in th[e] collision.” The truck driver was not arrested at the time of the accident.

If you do choose to ride a motorcycle, be careful, and be alert. Any mistake by other negligent drivers can easily spell catastrophe for a nearby biker. While lane-splitting is legal in California (the only state to allow it), it is important to ride safely in all given circumstances.

If you or someone you care about has been injured in a motorcycle accident in Southern California, call a dedicated and passionate Palmdale motorcycle accident lawyer about pursuing a claim for damages by calling the Kistler Law Firm at 661-206-6990.