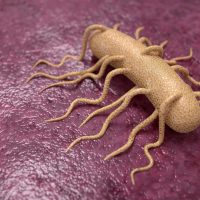 A major distributor of mushroom produce has been forced to issue a recall of all cases of a particular product after California health officials identified Listeria contamination in some of the mushrooms. Listeria is a dangerous bacteria that is known to cause serious infections and even death. Continue reading for details about the affected products and the recall, and reach out to an experienced Lancaster product liability attorney if you have been injured by a defective product in Southern California.

California Terra Garden Inc. of Commerce, CA is recalling all cases of its 150g/5.3-ounce packages of “Seafood Mushroom (Product of China)” because of the danger that the mushrooms may be infected with Listeria monocytogenes (Listeria). The recall was prompted by an inspection conducted by the California Health Department. The Department was conducting routine testing of the product when they discovered the presence of Listeria bacteria in at least one package of the “Seafood” mushrooms.

As a result of the Department’s discovery, all distribution of the product has been suspended, and all cases of the 150g/5.3-ounce packages have been recalled. Consumers who bought any package of “Seafood” mushrooms are encouraged to return them to the place of purchase for a full refund. The packages come in a green and clear plastic package with a “Guan’s” logo on the front, and they are labeled with “Seafood Mushroom” written in English and French. The UPC code, 859267007501, is located on the back, along with product code 3460.

Seafood mushrooms are white mushrooms with long, white stems and mushroom caps, typically sold in clusters. The recalled products were distributed from California to produce distributors and wholesalers locally and nationwide. No illnesses have yet been reported, although Listeria is extremely dangerous when consumed.

This is not the only recent Listeria-based recall for mushrooms. Just last month, Rainfield Marketing Group, Inc. of Vernon, CA recalled all cases of its 150g packages of Enoki Mushrooms (Product of Korea) based on potential Listeria contamination.

The Dangers of Listeria

Listeria monocytogenes is an organism that can cause serious and sometimes fatal infections, especially in individuals who are young, pregnant, elderly, frail, or who otherwise have weakened immune systems. Food contaminated with Listeria might not appear or smell spoiled, even if it is infected. Symptoms of Listeria infection include muscle aches, nausea, vomiting, persistent fever, severe headaches, and neck stiffness. Lab tests are necessary to identify Listeria infection specifically and distinguish it from other types of infections.

Any consumer who has eaten Listeria mushrooms and is experiencing any of the noted symptoms should seek medical attention as soon as possible. Pregnant women, especially, should seek medical care. Even if they experience only mild symptoms, Listeria infection can cause serious birth complications including premature delivery, infection of the newborn, and even stillbirth.

Any customer who suffers injury or illness as a result of these contaminated products has a right to hold the producer and/or distributor liable for the harm. Listeria is a dangerous contaminant with the potential for causing serious damage, including death or stillbirth, and food distributors must be held to task for putting dangerously defective food products on the market.

If you or a loved one has taken ill or otherwise suffered harm as a result of a defective or dangerous product in California, talk to a dedicated and compassionate Lancaster products liability attorney about pursuing a claim for damages by calling the Kistler Law Firm at 661-206-6990.