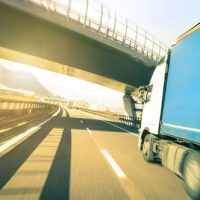 Both the Federal Motor Carrier Safety Administration (FMCSA) and National Highway Traffic Safety Administration (NHTSA), the agencies charged with establishing rules for commercial vehicles, have each proposed a rule that would require vehicles such as large trucks and buses to be speed-limited. Under this rule, new large commercial vehicles weighing over 26,000 lbs would be required to have devices installed that would limit their speed to 60, 65, or 68 mph, depending on the ultimate decision of regulators. The rules are now available for public comment.

US Secretary of Transportation Anthony Foxx has high hopes for the advantages to be gained from the new law. “Based on the agencies’ review of the available data, limiting the speed of these heavy vehicles would reduce the severity of crashes involving these vehicles and reduce the resulting fatalities and injuries,” he noted in a statement. NHTSA administrator Mark Rosekind agreed that reducing speed will necessarily reduce crash severity, calling the rule “basic physics.” “Even small increases in speed have large effects on the force of impact,” said Rosekind. “Setting the speed limit on heavy vehicles makes sense for safety and the environment.”

Speed limiters will bring enormous cost savings to the shipping industry. “There are significant safety benefits to this proposed rulemaking,” Foxx stated. “In addition to saving lives, the projected fuel and emissions savings make this proposal a win for safety, energy conservation, and our environment.” In fact, research conducted by the Department of Transportation shows that fuel costs would be reduced by nearly $1 billion annually if truck speeds were capped at 60 mph.

Safety experts and regulators aren’t the only groups that are enthusiastic about the use of speed limiters. The CEO of the American Trucking Association, Chris Spear, also expressed excitement about the rule. “We are pleased NHTSA and FMCSA have, almost 10 years after we first petitioned them, released this proposal to mandate the electronic limiting of commercial vehicle speeds,” Spear said. “Speed is a major contributor to truck accidents and by reducing speeds, we believe we can contribute to a reduction in accidents and fatalities on our highways.”

If you’ve been injured in an accident with a large truck, semi, or 18-wheeler in the Antelope Valley, contact the experienced and dedicated Palmdale personal injury and truck accident attorney Paul Kistler for a free consultation on your case, at 661-206-6990.