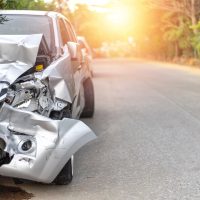 A car crash in Palmdale on a recent Sunday that injured at least five people may have involved alcohol abuse, according to officials.   Four people, including two children, were hospitalized as a result of the incident.   Learn about the incident below, and contact a dedicated Palmdale car accident lawyer if you or a loved one has been injured by a drunk driver in the Antelope Valley.

According to the Los Angeles County Fire Department, the accident occurred just before 6 p.m. near 47th Street East and Palmdale Boulevard.   Witnesses saw a red Honda Civic heading southbound, allegedly illegally passing other cars by crossing into oncoming traffic.   The Civic contained two adults, including the driver and two children.

During one of those risky maneuvers, the driver collided head-on into a Jeep Cherokee driven by a lone woman.   All five people at the scene were injured.   Two of the adults were taken by ambulance to a nearby hospital while the children were airlifted by helicopter to a hospital for treatment.   According to press reports, at least two people were critically injured, although all were expected to survive.

Police tested the Honda Civic driver at the scene with a breathalyzer, according to officials.   Based on the test results, authorities suspect that the driver was indeed under the influence of alcohol at the time of the crash.

According to statistics from the California Office of Traffic Safety, driving while under the influence of alcohol remains a pervasive problem across the State of California.   Despite the expansion of ride-share services like Uber and Lyft (which have indeed helped lower the drunk-driving rates in several of California’s larger cities), alcohol-related traffic fatalities continue at a high rate.   One thousand one hundred twenty people died in alcohol-related crashes in California in 2017, representing nearly a third of all California traffic fatalities.   California had the highest number of drunk driving deaths in the U.S. in 2017.

If you or a loved one has been injured by a drunk or otherwise reckless driver in California, talk to a seasoned and dedicated Palmdale personal injury attorney about pursuing a claim for damages by calling the Kistler Law Firm at 661-206-6990.