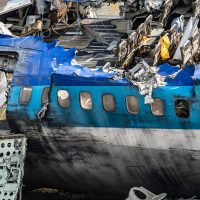 The mother of an 8-year old Hesperia boy who died in a small plane crash at El Mirage Dry Lake has filed a lawsuit against the estate of the pilot who was operating the plane, the co-owner of the plane, and the company that manufactured the plane, as well as the father of the boy, who shared joint custody with the mother. The father also recently filed a lawsuit against the estate of the pilot as well as against the city of Los Angeles, where the pilot was a 25-year veteran of the Los Angeles Fire Department. The boy, Sebastian Grewal, was a passenger in the plane piloted by Brian Lee, a 47-year old paramedic, helicopter pilot, firefighter and friend of Sebastian’s father. The accident occurred on June 9, 2014 when the plane struck the ground and flipped numerous times. Lee died the day of the crash while Sebastian, who was airlifted to Loma Linda University Medical Center, suffered trauma to the head and upper body and died several days later from his injuries. The two had been on a camping trip, and the boy was a plane enthusiast who had hoped to become a pilot himself.

Joshua Grewal, the boy’s father, had filed suit in March 2015 against Lee and Jeffrey Allen Moir, who was the co-owner of the Grumman American AA-1 plane involved in the crash. That suit alleged negligence and wrongful death, arguing that Lee breached his duty to use reasonable care in operating the plane and that Moir, who had installed the plane’s engine and propeller, had breached his duty to properly maintain the plane. Grewal’s suit also named the LAFD as a defendant, alleging that the LAFD had put on an event that day at El Mirage Dry Lake and the plane had been transported with LAFD equipment, and that an LAFD official had attempted to prevent a video of the accident from being discovered by investigative authorities.

The wrongful death suit filed by the boy’s mother, Frida Cagabhion, filed in Los Angeles Superior Court after the father’s suit, also alleges Lee and Moir were responsible for negligent operation and maintenance of the plane. Cagabhion’s suit also alleged that American Aviation, which allegedly manufactured the plane, was responsible for defects in the manufacturing of the plane, and knew or should have known that those defects presented a foreseeable risk of injuries and/or death to passengers of the plane such as Grewal. In California, a manufacturer and/or seller of a product, including a large product like a plane, is strictly liable for injuries caused by any defects in the product present at the time of manufacture.

This tragic case illustrates that numerous defendants may be liable for the wrongful death of a loved one, including the estate of a party who may have negligently caused the accident and also perished in the accident, in addition to a manufacturer or seller of the product involved in the accident. If you have suffered the severe misfortune of losing a loved one in an accident, you may be entitled to receive compensation for your loss. Contact the skilled Palmdale personal injury attorney Paul Kistler for a free consultation on your possible lawsuit at 661-206-6990.