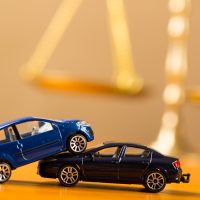 Many states have peculiar laws that arose because of a particular issue or public outcry at some point in history. Many of these laws seem dated or pointless. At worst, some of these laws may be actively harmful or cruel. For many people, California Proposition 213 falls into the latter category. If you are driving without proper insurance, you may be more at risk than you realize. Read on to learn about the effects of Prop 213, and call a dedicated Palmdale car accident lawyer if you or a loved one has been hurt by a negligent driver in the Antelope Valley.

Prop 213 was a voter-approved California law adopted in 1996. The law essentially restricts the types of damages that are available for certain car accident victims. Normally, an accident victim can sue the at-fault driver for a variety of damages, including actual monetary losses (medical bills, lost wages, property damage) as well as harder to quantify damages like the pain and suffering felt as a result of an injury. Prop 213 limits those damages for drivers who do not have their own insurance.

Under Prop 213, if a driver does not have their own car insurance or if they were operating a vehicle not covered by insurance, in violation of California law, then they are not entitled to sue for noneconomic damages like pain and suffering, emotional distress, or disfigurement. They are only eligible to sue for economic damages (medical costs, etc.), even if the other driver was at fault for the accident.

The law only applies to drivers who were driving without proper insurance coverage. Passengers riding in uninsured cars are not restricted by Prop 213, nor are drivers who were driving with appropriate insurance coverage. Prop 213 also has certain exceptions. It does not apply when the victim was driving their employer’s uninsured car, when the accident occurred on private property, or when the driver actually had their own car insurance but they were borrowing an uninsured car (in which the accident occurred) from someone else.

Drivers covered by Prop 213 are still entitled to sue for economic damages.

The purpose of Prop 213 was to incentivize people to purchase insurance. California law already requires drivers to be insured, but it was thought that restricting compensable damages for uninsured drivers would create an additional incentive. The law was also intended to punish uninsured drivers; drivers who choose to put others at risk by not carrying proper insurance should not be able to get damages for pain and suffering caused to them. So the idea goes.

In practice, whether the law accomplished its “goal” is unclear. Most people do not know that their compensation will be limited if they are uninsured at the time of an accident with a negligent driver. Moreover, people tend to be more concerned about the costs of insurance than with the possible consequences of getting injured themselves when they choose not to purchase insurance. The law has been challenged in court before but has yet to be overturned. If you are driving without insurance, it’s important to consider the risks you are taking.

If you or someone you love has been injured or killed by an insured or uninsured driver in California, call a dedicated and effective Palmdale car crash attorney about pursuing a claim for damages by calling the Kistler Law Firm at 661-206-6990.