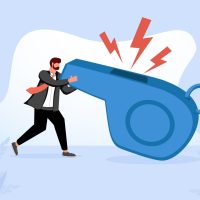 The vast majority of lawsuits result in a settlement. Settlements often involve defendants agreeing to pay a certain amount to the plaintiff without ever admitting that they did anything wrong. Settlements thus benefit defendants by protecting their reputation, which might suffer should the case continue and more facts be brought to light. For related reasons, settlements are often private–in exchange for payment, the parties agree not to discuss the case publicly and agree to keep whatever evidence has been uncovered so far under wraps.

Secret settlements might make sense when the issues involve only the parties to the case, but when a lawsuit involves issues that might impact many more people, keeping a settlement (and the facts of a case) secret can put many more people in danger unknowingly. When a case involves a defective product owned by thousands of people, for example, and a settlement serves to keep a dangerous defect secret, other people can get hurt. A new bill in the California Senate would prohibit hush settlements in cases that involve certain types of matters of interest to the public. Read on to learn about the proposed law, and call a dedicated Lancaster products liability attorney if you’ve been hurt by a defective product in Southern California.

In a similar vein, the Public Right to Know Act would prohibit settlement agreements from including provisions that prevent parties from disclosing factual information about product defects or harmful environmental conditions. The law is aimed at ensuring the public is kept informed about dangerous products that might harm many more people outside of a given lawsuit, without jeopardizing the injured plaintiffs’ ability to get compensation for the harm they have suffered.

As currently drafted, the Public Right to Know Act would do the following:

The bill puts a heavy burden on the party seeking to prevent public disclosure of any facts relating to the case outside of the limited categories noted.

Opponents of the bill worry that it strips a key settlement incentive from defendants. This could discourage settlements and drive up litigation costs. They also claim to worry about the disclosure of confidential business information. Proponents of the measure argue that the point of the bill is to save lives; keeping defects confidential leads to more people being injured. Previous attempts to pass similar legislation in the state have failed, so it remains to be seen whether the new bill will be enacted into law.

If you or someone you care about has been injured or killed by a defective product in Southern California, talk to a zealous and thorough Lancaster products liability lawyer about pursuing a claim for damages by calling the Kistler Law Firm at 661-206-6990.