Rate of Fatalities on US Roads Continues to Climb 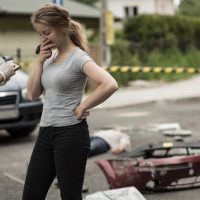 According to the National Highway Traffic Safety Administration (NHTSA), the fatality rate in 2016 has reached startlingly-high levels. According to the federal agency, 10% more people were killed in traffic accidents in the first half of 2016 than were killed in the same portion of 2015, despite the fact that 2015 had an over-7% greater fatality rate than 2014. A recent accident described below is a tragic example of certain recurring factors in fatal accidents.

The NHTSA announced the increased fatality rate in a recent news conference, with NHTSA administrator Mark Rosekind describing the jump in fatalities as both an “immediate crisis” as well as a “long-term challenge.” Last year was the first in 50 years where more people died on the road than in the year before. While vehicle miles traveled have been going up in concert with a strengthening economy, the increase in fatalities has been disproportionate to the increase in miles driven. Experts are still investigating the cause of the increase in fatalities.

Rosekind has described the substantial impact of poor human choices on the high fatality rate. He stated that “94% of crashes can be tied back to a human choice or error.” Rosekind went on, “the data tell us that people die when they drive drunk, distracted, or drowsy, or if they are speeding or unbuckled. While there have been enormous improvements in many of these areas, we need to find new solutions to end traffic fatalities.”

A recent accident in Los Angeles’ San Gabriel Valley took the lives of four individuals and left four more seriously injured. The accident occurred around 5:00 am on the morning of Saturday, October 15, 2016, near the Reservoir Street exit of the 60 Freeway near Pomona. A 2003 Ford Explorer, designed to hold 7 passengers but carrying eight, was traveling east toward the group’s hometown of Lake Elsinore. According to the Explorer’s driver, a late-model white car clipped the explorer, causing the driver to lose control of the vehicle. The Explorer then rolled down a nearby embankment, throwing six people from the vehicle. Four were pronounced dead at the scene, and four were taken to a nearby hospital with moderate to serious injuries. According to an occupant of the vehicle, six of the eight people riding in the Explorer were not wearing seatbelts, and three of those six were killed in the crash.

If you have been injured in a car accident or truck accident in the Antelope Valley or throughout the region, contact the knowledgeable and effective Palmdale personal injury lawyers at the Kistler Law Firm for a consultation on your case, at 661-206-6990.