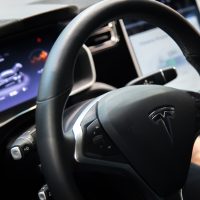 Cars that could drive themselves were a concept limited to science-fiction movies until somewhat recently. Now, they’re about to become fairly commonplace on California roads. Whether or not these vehicles will be as safe as promised is yet to be seen.

The CEO and founder of Tesla, Elon Musk, recently announced that the latest model of Tesla would soon be capable of a number of self-driving features that would roll out via software updates over the course of several months. Musk had announced that all cars built after October 2016 would include the hardware necessary to make them self-driving, but that additional testing of the necessary software would need to occur before those features could be activated. These Tesla models, already on the road in California, will eventually become capable of being summoned from the garage remotely (or being returned remotely), changing lanes or exiting the freeway, changing to a different freeway, or adjusting the vehicle’s speed based on current traffic conditions.

Despite the fact that these cars are capable of driving themselves, those behind the wheel are obligated to remain attentive to the events on the road before them, and this is a message that some safety advocates fear has been lost on consumers. Consumer Reports magazine has come out publicly against Tesla’s self-driving technology. One of the consumer watchdog’s central concerns is that Tesla has sent a mixed message to customers by, on the one hand, labeling its suite of self-driving features “Enhanced Autopilot,” while on the other hand claiming that Tesla owners understand the necessity of remaining alert to the road. Consumer Reports vice president Laura MacCleery stated, “‘Autopilot’ can’t actually drive the car, yet it allows consumers to have their hands off the steering wheel for minutes at a time. Tesla should disable automatic steering in its cars until it updates the program to verify that the driver’s hands are on the wheel.”

One recent Tesla accident appeared to support the theory that drivers operating their cars in autopilot may place too much trust in their cars’ ability to avoid accidents. A driver in China had put his car in self-driving mode on his way to work when his Tesla side-swiped several parked cars. When asked why he did not intervene to avoid the crash, he stated that the dealer had told him that he was purchasing a car that could drive itself, leading the driver to believe that such intervention wouldn’t be necessary.

If you or someone you love has been injured by a reckless or negligent driver in the Antelope Valley, contact the seasoned, effective, and determined Palmdale car accident attorney Paul Kistler for a consultation on your case, at 661-206-6990.