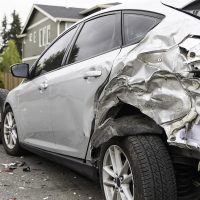 A Lancaster woman in her early forties was driving a Suburban SUV with her three children in Lancaster at around 12:45 p.m. on a recent Saturday. According to officials, as the woman was crossing an intersection near 40th Street and Avenue L, another driver attempted to turn his pickup truck left without properly yielding and crashed into the SUV. The police detained the 36-year-old truck driver on suspicion of driving under the influence. Police reported that the man refused to take a sobriety test at the scene but did admit to having consumed alcohol prior to driving that morning.

The Lancaster mother later succumbed to her injuries and died at an area hospital. Her three children were airlifted to the Los Angeles Children’s hospital in critical condition but, thankfully, none of their injuries were ultimately life-threatening. The woman killed was a Lancaster commissioner and a mother of five.

Punitive damages after a DUI crash

If you or a loved one are hurt by a drunk driver, you may be able to bring a claim for punitive damages. Punitive damages allow you to sue for a multiple of your actual damages and are intended to punish the wrongdoer rather than simply compensate the victim. Punitive damages are meant as a deterrent for particularly egregious conduct, and they are limited to instances where the conduct of the defendant was especially reckless. Drunk-driving accidents are well-established as circumstances meriting punitive damages. With the help of a zealous personal injury attorney, you can not only hold a drunk driver responsible for the harm they have done to you and your family, but you can also help limit the number of future accidents caused by drunk drivers.

Get Serious Legal Help after a Lancaster Traffic Accident

If you have been hurt in an Antelope Valley drunk driving accident or other car crash, contact a skilled and dedicated Lancaster personal injury attorney about pursuing a claim for damages by calling the Kistler Law Firm at 661-206-6990 for a free consultation.