Traffic Deaths in California Back on the Rise 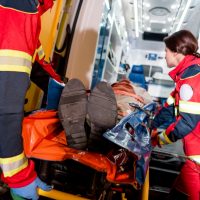 The COVID-19 coronavirus pandemic has had a number of unexpected effects on nearly every aspect of our daily lives. Some effects actually put a bit of a silver lining on the situation: With fewer people commuting to work and recreational activities every day, the number of serious traffic accidents in California and across the country appeared to be significantly lower than during the same time period last year. Unfortunately, this fringe benefit has been short-lived. Continue reading to learn how California drivers have been handling the pandemic and the shut-in orders, and if a negligent driver has injured you or someone you know in Lo Angeles or the Antelope Valley, call a seasoned Palmdale car accident attorney for help.

California has more registered vehicles than any other state in the country and a correspondingly high number and rate of fatal crashes. One of the positive aspects of the coronavirus pandemic has been to severely reduce the number of cars on the road. People are no longer commuting to work, and they have fewer places to go for other activities. In some locales and on some highways, the number of cars dropped by as much as 55 percent.

After the shelter-in-place order was issued on March 20, by mid-April the number of traffic accidents, as well as the numbers of traffic injuries and crash-related fatalities, had been fully cut in half. This data comes from a report from the Road Ecology Center at the University of California, Davis. The number of accidents across the state per day dropped from around 1,000 to around 500 per day, and the number of injuries and fatalities dropped from around 400 to around 200 per day. The decline was briefly interrupted by a spike of accidents connected to heavy rain in early April. There has also been a related drop in the number of DUI arrests (a 42 percent decline since before the shut-in order was issued).

Traffic Accidents Back Up by May

Unfortunately, the sharp drop in traffic accidents did not last. By mid-May, safety officials were reporting that the number of people killed in car crashes in metropolitan areas like Los Angeles had climbed back up to the same numbers seen in 2019. Statewide, the totals might be even higher than in 2019. Safety experts attribute the rise in accidents to a surge in speeding on streets that are emptier than usual, as well as more people walking and riding bikes (discussed below) on the streets. While DUI numbers had dropped due to the shelter-in-place orders, speeding tickets for people driving 100+ MPH have shot up by 46 percent.

On a related note, the pandemic has sparked a renewed interest in alternatives to passenger cars and public transit. Likely due to fears overcrowded subways, buses, and taxis, people around the country have been turning to bike riding for their shorter commutes. As a result, bike stores around the country have been quickly selling out, seeing sales double and even triple in many metropolitan locations.

The rise in bike riding may be good for individual health and the environment, but it also raises other concerns: Many more inexperienced cyclists are now on California roads, as are drivers who have never had to deal with this many bikes on the road at the same time. Severe bike accidents are now a bigger risk than they have been in recent years, so it is important to be careful when driving, riding a bike, or operating a motorcycle.

If a negligent driver has injured you in Palmdale or the Antelope Valley, contact the Kistler Law Firm for a free consultation at 661-206-6990.