Is Your Uber or Lyft Driver Ignoring an Auto Safety Recall? 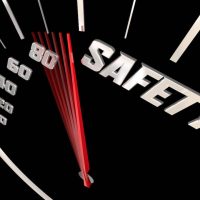 Rideshare services like Uber and Lyft have become a main staple on California roadways.   At any time, a solid percentage of cars on the road in California are commercial rideshare drivers.   The trend has had many positive effects, including studies suggesting the rates of DUIs and drunk driving fatalities have dropped as rideshares become more prevalent.   However, consumer safety watchdogs discovered that Uber and Lyft rides might not be as safe as we like to think. It turns out that thousands of rideshare drivers are currently operating vehicles that are subject to open safety recalls.   Read on to learn about the safety recall issues being ignored by rideshare drivers, and contact a Lancaster auto accident lawyer if you have been injured in a rideshare car crash in the Antelope Valley.

Thousands of Uber and Lyft Cars Subject to Safety Recalls

Consumer Reports undertook a study of nearly 94,000 rideshare vehicles, targeting the Seattle and New York City areas in particular.   The results of the study were shocking:   One in six Uber and Lyft drivers operating in these major metropolitan areas were operating vehicles with open safety recalls.   That means that a full 16 percent of rideshare drivers in these cities were driving cars that they were aware, or should certainly have been aware, were subject to recalls by the auto manufacturers – cars that the manufacturer believed should have been pulled from the road to fix dangerous defects.   The drivers are ignoring these warnings and safety issues and continue to drive the unrepaired vehicles.

Many of the cars in active use have multiple safety recalls, such as a 2011 Hyundai Sonata GLS with eight unaddressed safety recalls ranging from potential seat-belt detachment to possible engine failure, which, on an active roadway, could lead to a vehicle stalling out.   Other recalls include deadly Takata airbag failures that could kill a front-seat passenger.   Twenty-five vehicles in the Seattle and NYC areas had at least five or more open, unaddressed recalls.   Any one of these issues could spell disaster for the driver, their passengers, or anyone else on the road.   There is no reason to believe that Uber and Lyft drivers in California operate any differently.

To be fair, CR stated that the open recall rate for other private and commercial drivers are just as bad, if not worse:   Around 23.6 percent of other for-hire vehicles such as taxis, limos, and liveries were subject to open recalls.   The rate of open recalls for private drivers is on par with the rate for Uber and Lyft vehicles.

Lackluster Response from Uber and Lyft

Consumer Reports states that Uber and Lyft took only minor steps to address these recall issues.   Both companies encourage drivers to fix any open recalls, and they identify and block vehicles from the platform that have an outstanding “DO NOT DRIVE” notice from the manufacturer or the National Highway Traffic Safety Administration.   These represent only a small fraction of the cars on the road subject to open safety recalls, however.

The responsibility for addressing open recalls is thus mainly left to drivers.   If you are injured when an Uber or Lyft driver has an accident as a result of an unaddressed safety defect, you may have a claim against the driver as well as the rideshare company.

Get Legal Help after a Serious Lancaster Traffic Accident

If you have been hurt in an Antelope Valley car crash, talk to a dedicated and effective Lancaster personal injury attorney about pursuing a claim for damages by calling the Kistler Law Firm at 661-206-6990 for a free consultation.