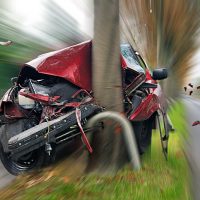 A recent report from the safety nonprofit group National Research Council (NSC) reveals that roadway deaths are up for a second year in a row, after fifty years of falling fatality rates. A partnership between a federal agency and an alcohol detection technology researcher could lead to safety features in cars that would control these rates.

Each year, the NSC releases a report revealing national trends in motor vehicle fatalities, as well as the increases or decreases in traffic fatalities experienced by each state. As we’ve discussed in a prior post, these numbers had long been in decline, but for the first time in 50 years, fatality rates increased from one year to the next, between the years 2014 and 2015.

It appears that these rates have not slowed, as preliminary data has revealed a 6% increase in motor vehicle fatalities in 2016. The NSC estimates that 40,200 individuals died in traffic accidents of one form or another in 2016, and that 4.6 million individuals had to seek medical care as the result of injuries received in a motor vehicle accident.

The president of the NSC, Deborah Hersman, has pointed out that the overwhelming majority of traffic accidents stem from controllable human factors. In fact, the NSC estimates that over 90% of all traffic accidents are the results of human error. Hersman believes that a failure of lawmakers and members of the public to act to address these issues is at the root of the problem. “Our complacency is killing us. Americans believe there is nothing we can do to stop crashes from happening, but that isn’t true. We lag the rest of the developed world in addressing highway fatalities,” said Hersman at a recent press conference. According to the NSC, the top three culprits year after year are alcohol-related driving, distracted driving, and speed. Drunken driving makes up the largest share as the cause of 30.8% of all roadway fatalities.

The National Highway Traffic Safety Administration (NHTSA) has partnered with a research and technology group called Driver Alcohol Detection System for Safety (DADSS) in an effort to combat drunken driving. This research group is currently investigating unobtrusive systems that can quickly and accurately measure the blood alcohol level of the driver of a car, either through touch or breath. DADSS envisions that these systems would be like other add-on security features in cars, such as automatic braking systems and lane-departure warnings, and predicts that the systems could save thousands of lives every year.

If you’ve been injured by a car accident with a negligent or dangerous driver in Southern California, find out if you have a claim for money damages by contacting a knowledgeable and skilled Palmdale car accident attorney at the Kistler Law Firm for a free consultation on your case, at 661-206-6990.